Three Steps to Mastering Any Technique by Stephan Kesting 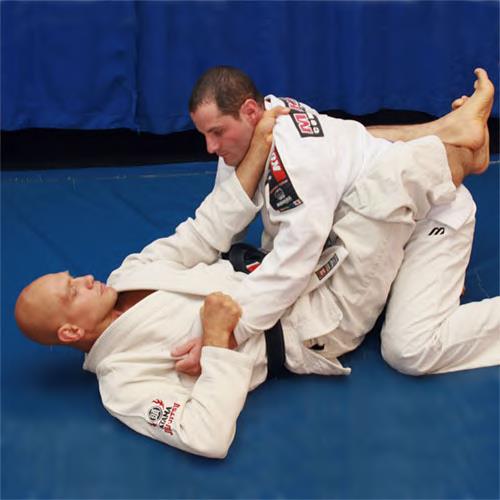 Some people look at grappling as a giant grab-bag of techniques. They may learn hundreds of techniques, but there’s no rhyme, reason or organizing framework to guide what they learn or work on next.

If you’re very physically talented then maybe you can get away with this approach, but I find it much easier to learn, retain, and use techniques if they’re coherently organized.

Here are the three things I focus on when I’m trying to learn a specific technique, regardless of whether it’s a guard sweep, a pin escape or a submission:

There are right ways and some wrong ways to do any technique.

For example, the triangle choke should be applied with your top leg crossing over your ankle and lower shin. If you apply it with your toes under your knee then it won’t be as tight or effective (and you could even injure your foot). 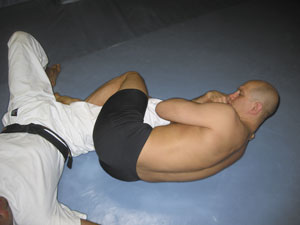 Or let’s consider the kneebar submission. If your body is in a straight line you’ll have much less power than if you had used proper body positioning.

How you align and position your body has a LOT to do with whether the technique will work or not.
Solid body mechanics mean that you’ll be more efficient, waste less energy and be more powerful in your movement.

Good body mechanics and positioning are also critical for controlling your opponent, giving him fewer opportunities to escape and counter your technique.

Do yourself a favor and spend the time learning proper body mechanics for any technique you’re working on.

Some time spent up front here will have big dividends later!

When you know how to apply the technique correctly, the next piece of the puzzle is figuring out how get there in the first place.

That’s where setups and entries and entries come in. These are ways to trick or force your opponent to give you the positioning and energy you need in order to apply the technique.

In boxing a simple setup might be using your jab to set up your cross.  Or using your right cross to bait your opponent into slipping to the outside where you then nail him with your left hook.

An example of a setup in BJJ might be getting your opponent to commit to a certain guard pass so that you can nail him with your favorite guard sweep.

Or let’s say that you want to attack with the straight armbar from guard. One very simple setup might be simply to pull your opponent’s elbow across your centerline. Once you’ve maneuvered him into that position then it’s pretty easy to slap on the armbar!

That arm-across-center example I just mentioned works by disrupting someone’s alignment – specifically their structure – to setup your attack.  The word ‘structure’ here refers to the appropriate positioning of his limbs, so in this setup you’re forcing his arm into a position where it can no longer be used effectively.

But you can also disrupt his base or his posture to setup your attacks.  And the most effective setups break all 3 aspects of alignment

In fact, someone who is skilled at the armbar from guard probably has 10 or more setups to move that arm into position. No matter how you try to establish posture, the armbar expert has a setup to suck you right back into his attack.

So instead of learning 100 different techniques, take 10 of your favorite techniques and learn 10 entries and setups for each of them. This will make you much more dangerous on the mat.

Now you’ve learned how to perform a technique correctly and different ways to get into it. Does that mean that you’re done and can now move onto the next technique?

Things don’t always go according to plan, and so you also need to know different ways to finish or modify your technique AFTER you’ve applied it. 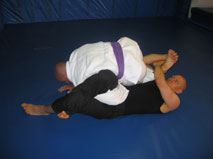 Maybe you’re applying the Omo Plata armlock but your opponent has super-flexible shoulders and you just can’t finish him. If that’s the case then you might want to switch to a different finish (a toehold, a wristlock or a sweep, for example).

Or maybe your opponent counters your omo plata attack by cartwheeling over top of you – what’s your answer now?

Knowing how to counter the most common counters – what I call ‘recountering’ – is critically important. You won’t master any technique until you learn how to circumvent your opponent’s attempts to shut you down.

There are three steps to mastering a technique…

It’s true that this can be a lot of work, but it’s also very rewarding. Just remember that you’re not doing it all on your own – take full advantage of all the resources available to you, including your instructor, classmates, DVDs, the internet, books, etc.

If you stick with it then you’ll get there for sure!